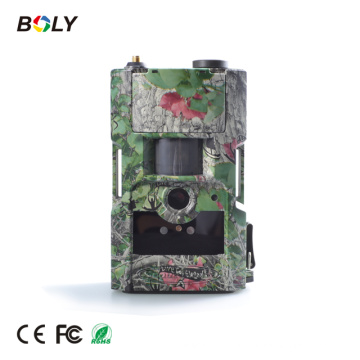 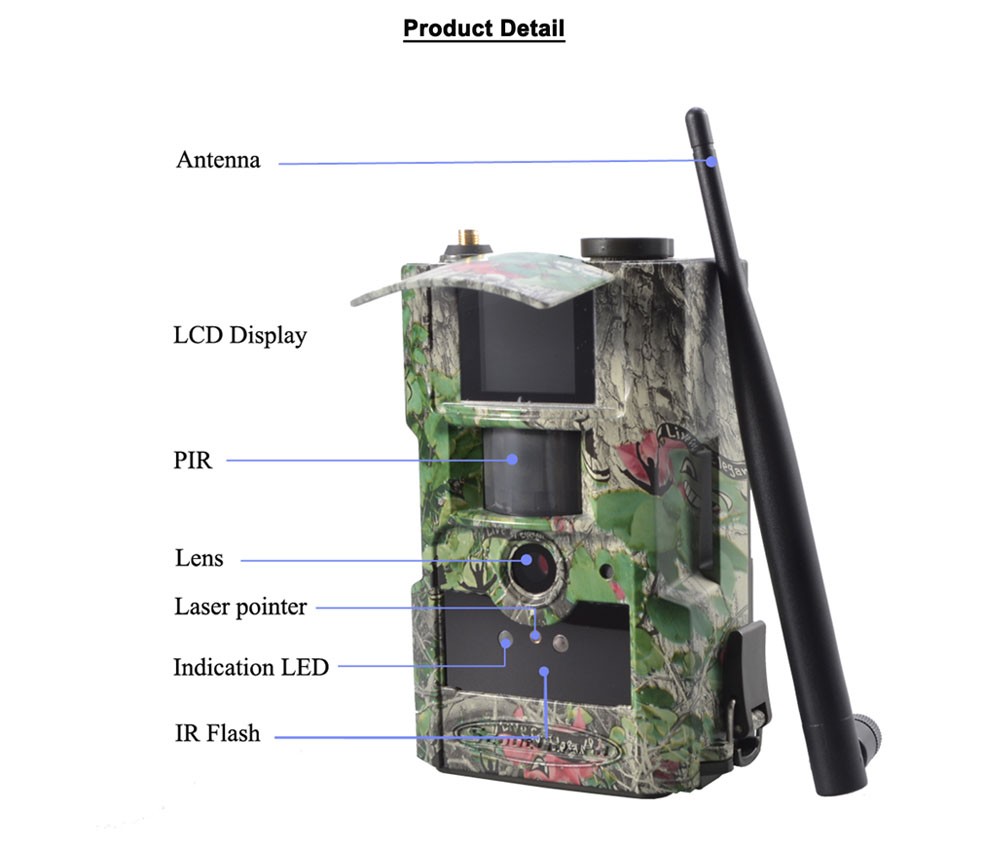 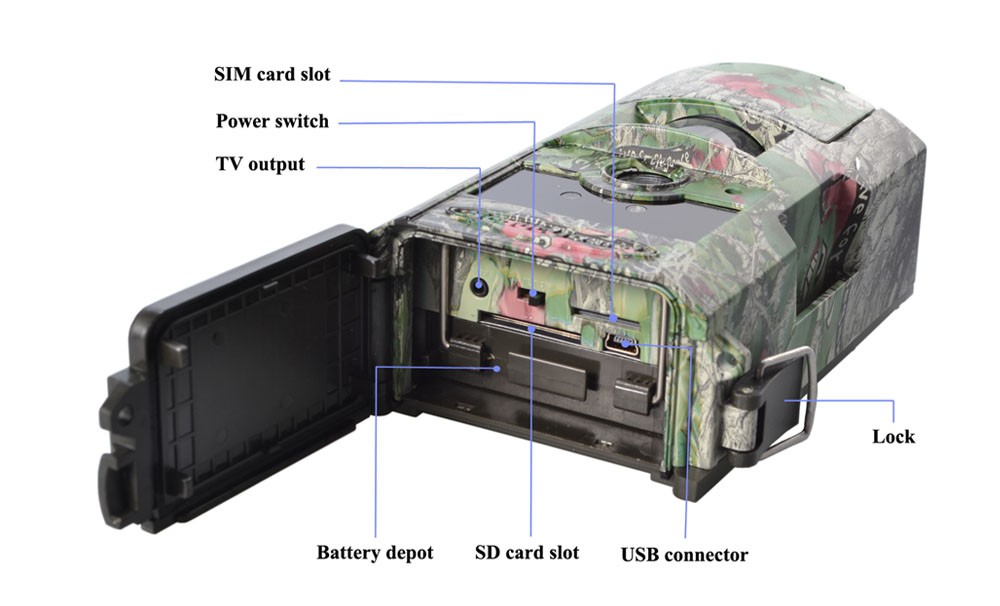 This camera is a black IR scouting camera with great performance.

It can be triggered by any movement of human (or animals) in a certain region of interested (ROI) monitored by a highly sensitive Passive Infra-Red motion sensor (PIR),and then take high quality pictures (up to eight mega pixels) or video clips.

It also has time lapse function, which means the camera can capture pictures or video clips at specified time intervals regardless of whether there is a motion of human or animals.

The camera consumes very little power (μA level) at surveillance mode. Powered by 8 new AA alkaline batteries, the camera stands by about 6 months. Once a motion by human or animals is detected, the digital camera unit will be awoken up at once and then automatically take pictures or videos according to previously programmed settings.

The device is designed for outdoor use and is resistant against water and snow. Furthermore, the camera can be used as a portable digital camera. Pictures or videos can be taken manually by pressing  on the operation panel.

This camera can be used as an automatic surveillance device

for guarding and recording unexpected intrusion to homes, shops,

schools, depots, offices, taxis, work sites etc. It can also be used as

a trail camera for hunting or monitoring animals by recording the

traces of wild animals. It can be left alone for weeks and months

and it will save event records automatically in digital format. 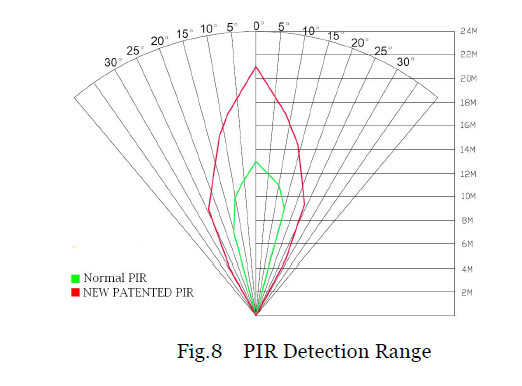 Photos shot by Our scouting cameras 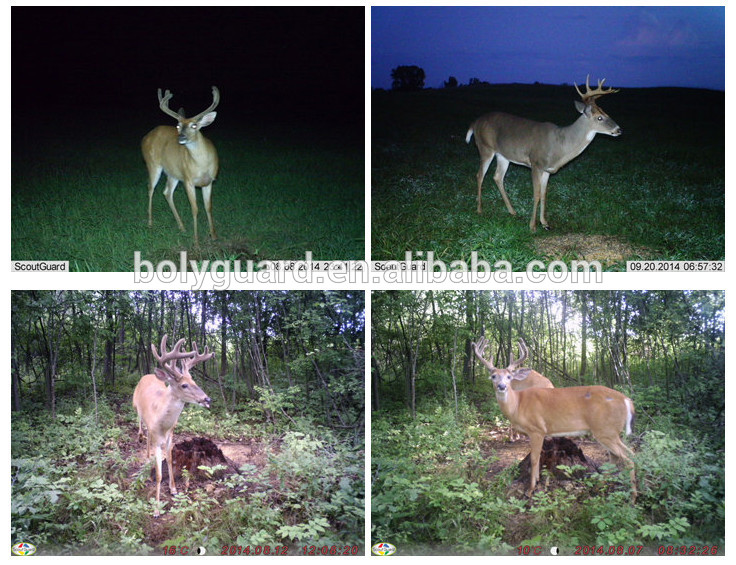 We have our own manufacture factory in Shenzhen,China and a branch company in U.S.A. So we can offer the most competitive price and best service(customized service,after-sale service,etc)

As a leading outdoor camera company, we have developed our own brand,“Boly-guard”and “Scout-Guard”, we have registered the above two brands in USA.And we have patented more than 50 patents on image processing.

And our products have been certificated by many professional test labs.Such as TÜV Rheinland.

Would be glad to cooperated with you in the future. 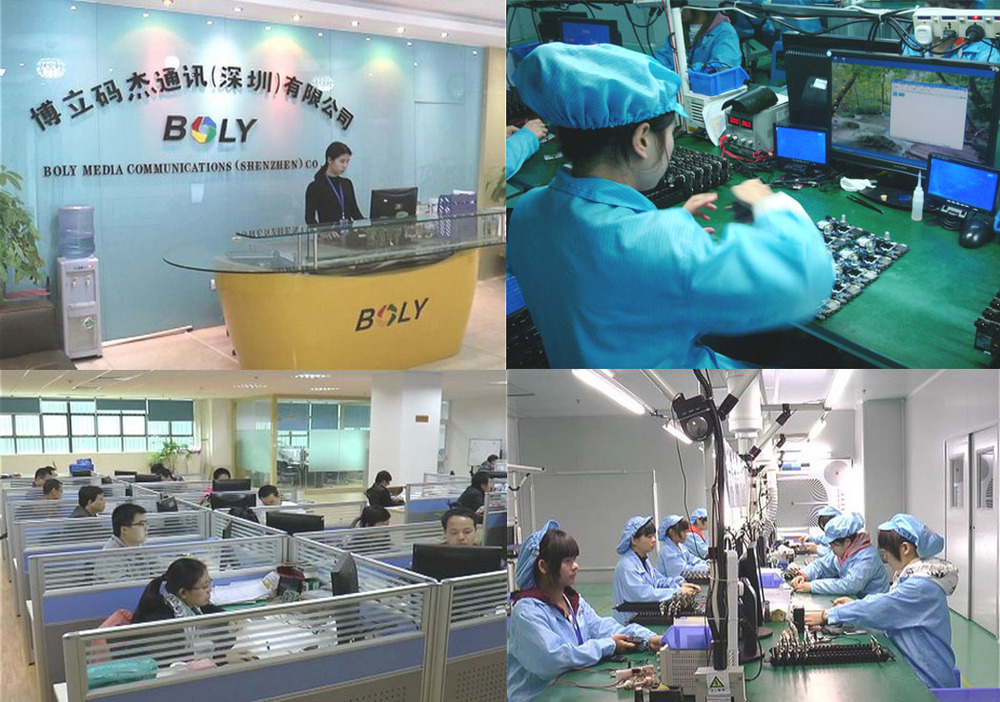 Our products show in international exhibition